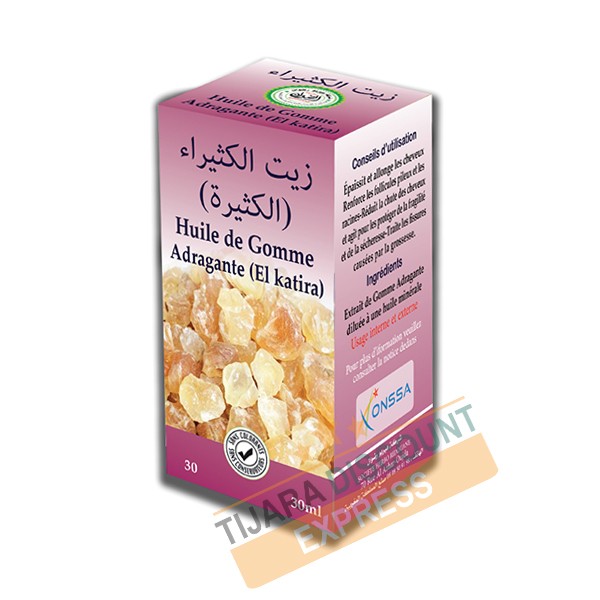 Studies have shown that tragacanth oil is useful for people with extreme thinness, as it helps them gain weight. It is used by adding a teaspoon to a cup of milk, then sweetening with honey, taking this mixture twice a day; and tragacanth oil can be mixed with starch, sugar, almonds and milk, and it is taken in the same amount of the aforementioned recipe.

El katira oil is beneficial for the hair as it helps to increase the length of the hair for a short period of time. It also plays a role in increasing hair density, and bald people use it to grow their hair and get rid of baldness. Contributes to the health and shine of the hair. El katira oil is useful for the skin, it softens it and also purifies it from its impurities and freckles. El katira oil is involved in solving delicate skin problems, including skin fungi and vitiligo.

Other uses for health and body:

El katira oil plays a role in various infections and respiratory problems, the most important of which are coughs and sore throats. It is also useful for various gastrointestinal infections, including heartburn, and is beneficial in kidney infections. El katira oil is depurative and can reduce toxins from various drugs. El katira oil is an effective laxative for the intestines, just add a spoonful of El katira oil to a cup of lukewarm water and take before meals.