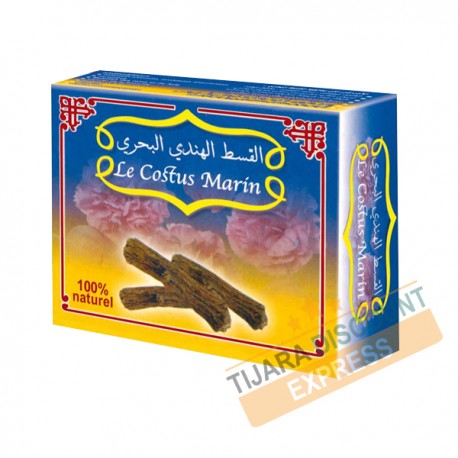 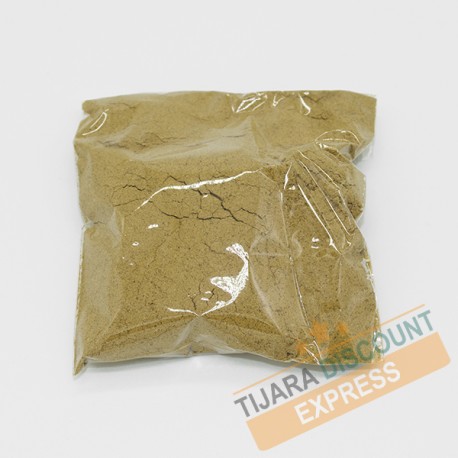 Zeid Ibn Arkam relates that the Prophet (SWS) said:
"Look after yourself pleurisy with Costus Maritime and oil."
(Reported by Al Thirmidi)
Moreover, among the benefits of Costus recalled by doctors, this curative plant, activates the flow of menstrual blood and the emission of urine, vermifuge (kills intestinal worms), acts as an antidote for poison, stimulates libido and removes freckles etc ...
Anas heard the Prophet (SWS) said:
"Of course, the models with which you treat are Al Hijama and Costus Maritime".
(Reported by Bukhari and Muslim)

Anas, may Allah be pleased with him, the Prophet Muhammad (SWS) said:
"Do not torture your children with El-Ghamz and have recourse to Costus".
(Reported by Bukhari)
The Costus is one of the best drugs and has no side effects.
It is very useful to the ovaries related issues, and the absence of menstruation.
It is also used for the diabetes problems, it stimulates the pancreas and decreases blood glucose levels in the blood.
Abu Bakr ibn al-'Arabi said:
"The Qist (Costus, plant root bark base 3oud) is of two types:
Hindi (Indian), which is black and Bahri (Marin), which is white. Al Qist Al Hindi is warmer Al Bahri. "dropoff window
Umm Qays bint Mihsan (RA) said:
"I heard the Messenger of Allah (SWS) say
"It is for you to use" Al 3Oud al Hindi "because indeed it contains seven remedies, it is inhaled through the nostrils to remove sore throat and placed on the sides of the mouth for the relief of al Dhaat Janb (disease that gives abscesses) "
(Related by Bukhari and Muslim)
In another narration which says:
"I approached the Prophet (SWS) with one of my son while pressing his tonsils due to the amygdala, then he said:
You should use Qist Al Hindi "
(Related by Bukhari and Muslim)
Imam Ahmad and the authors of Sunan collected a hadith on the authority of Jabir that the Messenger of Allah (SWS) said:
"If a child is inflicted with a tonsil or a headache, so let her mother take Qist Al Hindi, rub it in water and let it breathe in droplets through his nostrils."